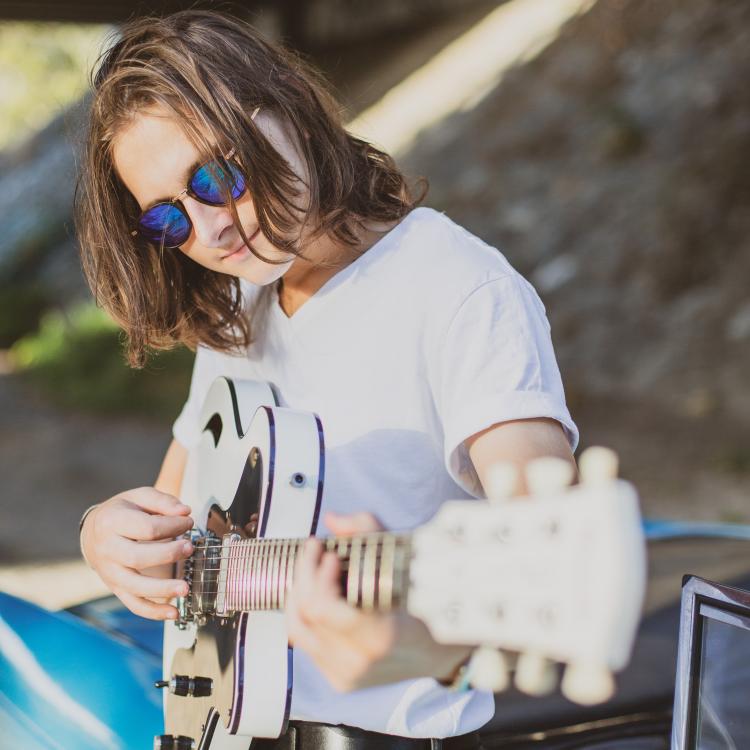 Harry J Hart has been described as having a voice that melts hearts and delivering guitar licks that melt faces.  The 2018 Bluesfest Busking Best Overall Guitarist and Queensland Music Awards Finalist was just 14 when named a Gold Coast Musician to Watch alongside Amy Shark. He has since hit #1 on Triple J’s Unearthed charts with a demo of his debut single, It Calls Out which reached #1 in the Netherlands.

Having shared the bill with Tones and I, Casey Barnes, Rick Price, Adam Brand and Daniel Champagne, Harry J Hart, is turning heads whenever and wherever he takes the stage.  After playing Bluesfest in 2018 and 2019, JBeavis of Starving Kids wrote, ""Harry J Hart is a young fella but has some serious singing and guitar chops. Whether he plays with a full band and cuts sick or by himself, you need to check him out.""

N.B. PLEASE refer to Harry as ""HARRY J HART"" otherwise if you Google him all you will find is references to Colin Firth's character in 'The Kingsmen'. Thank you!