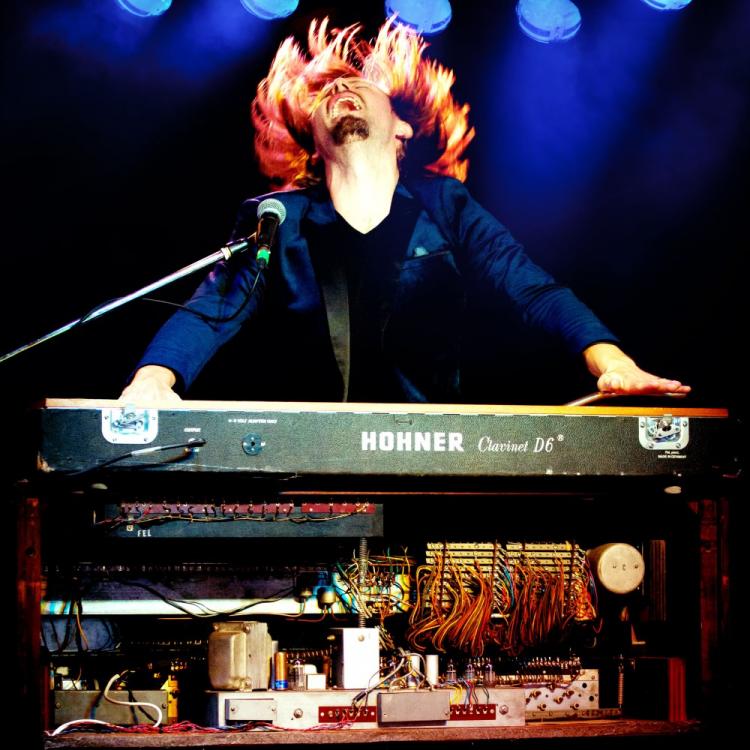 Dubbed the Jimi Hendrix of the Hammond Organ, Lachy Doley is Australia’s most celebrated Blues Soul Rock Organ Player in the world today. A player who can pump, pamper and occasionally pound the most unbelievable sounds from a keyboard: sounds that are intense, ferocious and sometimes transcendent.
Continually going viral on Facebook with videos clocking up millions of views. Most recently with his version of VOODOO CHILD played not on guitar, but rather his extremely rare and unique Whammy Clavinet.

One of the people who was watching was PINK FLOYD’s singer and bass player ROGER WATERS who then asked Lachy to join him in his band for the upcoming THIS IS NOT A DRILL tour of Nth America 2022.

The group’s latest studio album STUDIOS 301 SESSIONS debuted at #13 on the ARIA Top 50 album charts, #1 on the ARIA Jazz&Blues charts smashing all previous 6 albums by a mile. An incredible feat for 100% independent artist from Australia.

The Lachy Doley Group are a unique sound in a classic and sometimes very traditional genre of the Blues. Most often a power trio of Bass, Drums and of course Doley firing on the Hammond, his vocal screaming from the heart and the incredibly rare Hohner D6 Whammy Clavinet.